Anthony Joshua is within punching distance of his 27th professional fight where he’ll try to avenge his loss to unified, Ukrainian heavyweight champion, Oleksandr Usyk.

Boxing Social take a look at Joshua’s five defining victories – one of which will almost certainly be demoted should he upset the odds in Jeddah, Saudi Arabia.

When Anthony Joshua blasted out Charles Martin back in the spring of 2016, you just knew something special was on the horizon.

Yes, we had to wait almost an entire year (and routine defences, knocking out Americans Dominic Breazeale and Eric Molina respectively), but what a spectacle we had when the Londoner was set to square off opposite long-time champion, Wladimir Klitschko.

The Ukrainian cracked Joshua in the sixth round, sending shockwaves to the soles of his feet as he crawled around the canvas, concerned, (star) struck. But then, Joshua rallied back.

He stopped Klitschko with an onslaught in the 11th round, and thus, a boxing mega star was truly born – one with endearing vulnerabilities. 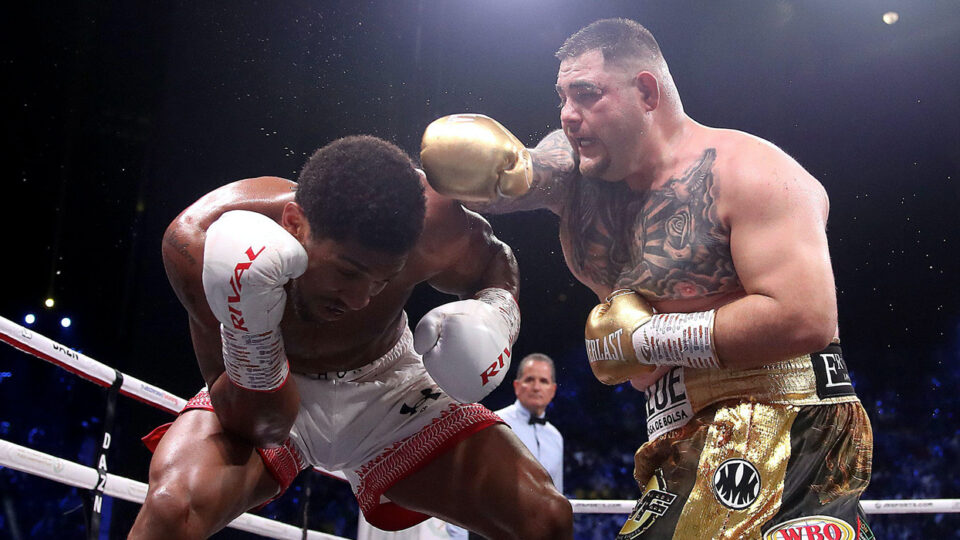 Despite not being the most exciting bout of Joshua’s career, there’s no doubt the challenger would have dropped a number of rung’s on the heavyweight division’s ladder if he hadn’t avenged that shock defeat from the summer of 2019.

His performance in Diriyah against Andy Ruiz was measured, controlled, and often uneventful. He displayed discipline we never knew he possessed, and in the process, recaptured what he’d painfully lost on his big American debut.

Ruiz underestimated how hungry Joshua would be that winter, and over indulged his own stomach. Still, without that fight, the brit wouldn’t have been able to reclaim his position near the top of the sport. 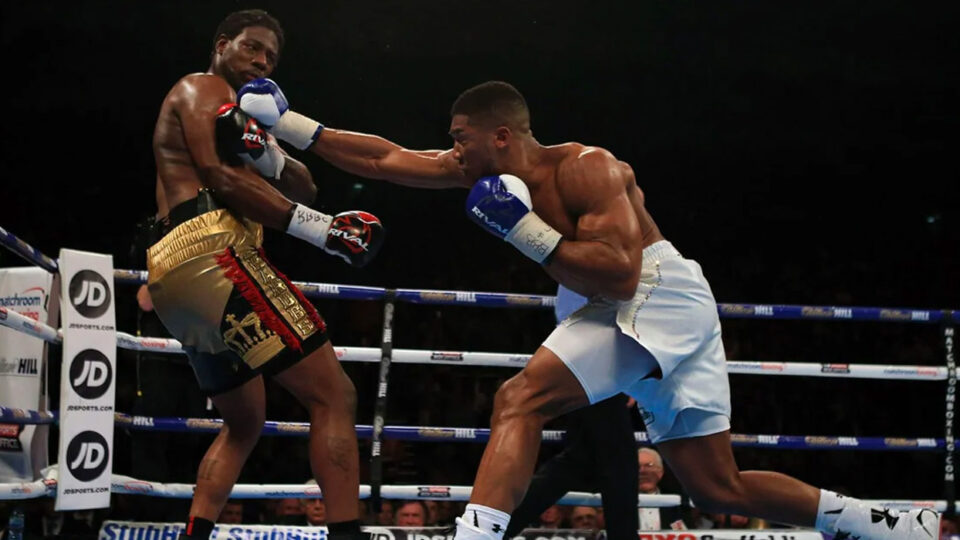 We know, we know. Charles Martin, the self-styled Prince, wasn’t up to much on his maiden voyage to London. But he was the man AJ had to topple to in order to become a heavyweight world champion. And boy, did he do it in style.

Martin came wearing a Burger King crown and hoped for the best – he was quickly dispatched with some beautifully crisp, clean counters, and sent back to Saint Louis.

With a legitimate world title on his arm, Anthony Joshua could begin to dominate the heavyweight division – had he lost to Martin, it would have been “if, but, maybe…” 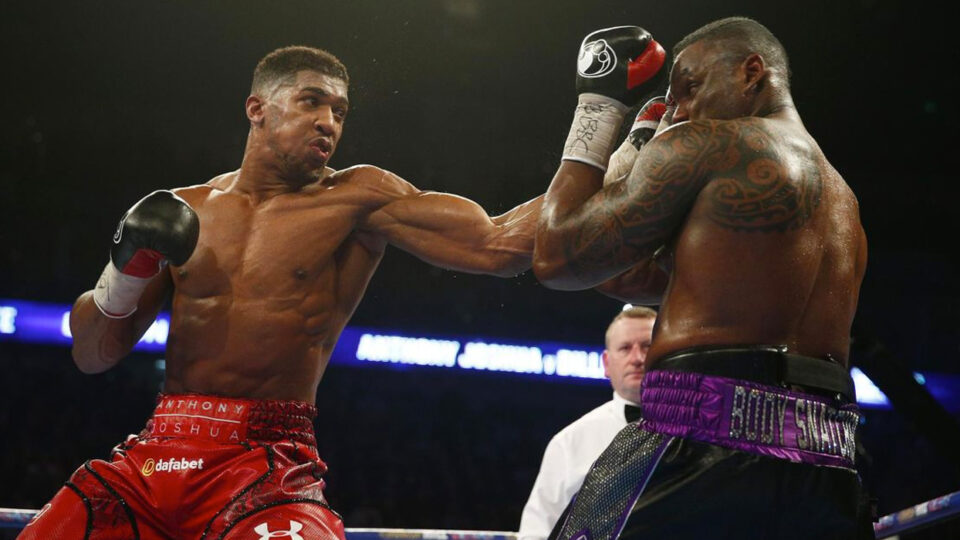 The Dillian Whyte fight is the wild card amongst our five.

Whyte, at that time, was crude and unproven. But there was genuine needle between the pair and Britain got behind their beef. They fought as amateurs, Whyte prevailed, stopping the Watford-man. It was time for revenge, and through a few melees of madness, through some clean, damaging punches, Joshua prevailed in the later rounds.

While this wasn’t a definite indication of his world title capabilities, it was a clear sign of his popularity. That enormous uppercut that left Dillian Whyte squished between two of the three ropes has been replayed hundreds of times. One wonders, will they do it again? 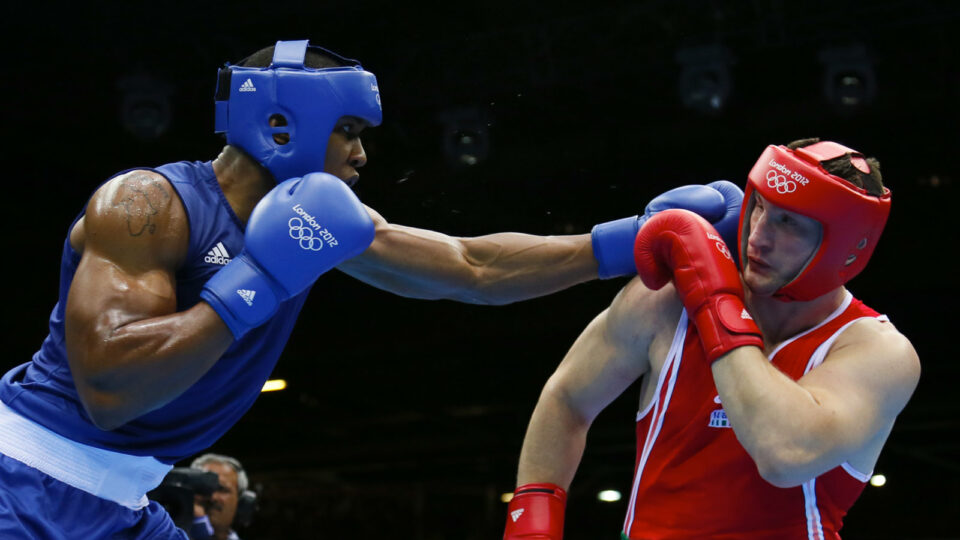 The British heavyweight hope – in London.

Joshua had to do things the hard way, scraping by Cuban favourite, Erislandy Savon, beating China’s Zhilei Zhang, and beating Ivan Dychko in the semi-final. But he made it, nonetheless.

In the final, battling Italian police officer, Roberto Cammarelle, he was fighting a man that had become seasoned and expert in the craft of amateur boxing. Fighting in the London 2012 Olympics made Joshua, the street kid charged with selling drugs, the dreamer, the potential.

He beat Cammarelle by way of countback after identical scores in 2012, and as he hoisted up his gold medal, you got a sense that this young man could rule the world. Cammarelle complained, Italians complained, but Brits were already plotting his route to super stardom.