Oleksandr Usyk has had a glittering career from the amateur to the professional ranks.

The Ukrainian, now 35, has won medals, titles and worldwide recognition which now sees him universally regarded as a pound-for-pound great.

Ahead of this Saturday’s clash between Oleksandr Usyk and Anthony Joshua, John A. MacDonald looks at the five best wins of the current heavyweight champion’s career to date. 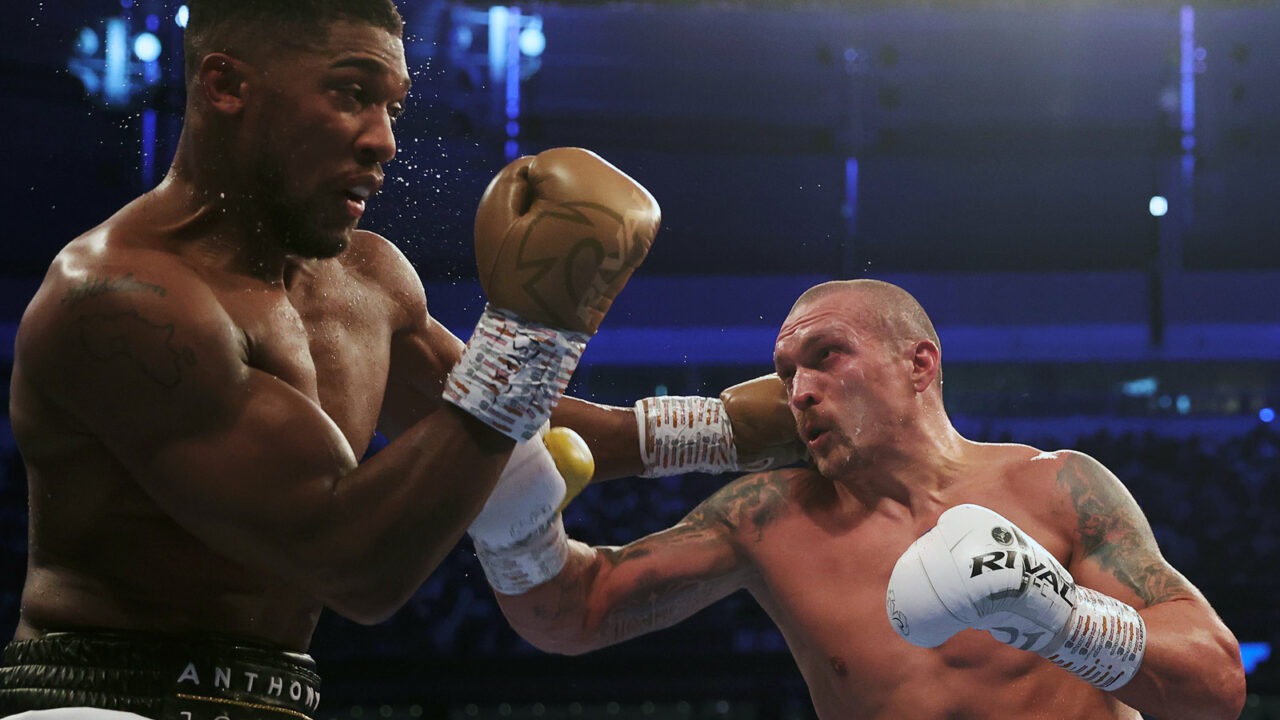 Ahead of Usyk’s bout with Anthony Joshua, you would be forgiven for believing that the Ukrainian was a 221lbs Tom Cruise, such was the degree of speculation that Usyk was “too small at heavyweight.”

Of course, the southpaw made such claims seem utterly ridiculous by comprehensively outboxing a man three-inches taller and 19lbs heavier, to triumph in a battle of London 2012 Olympic gold medallists, capturing the IBF, WBO and WBA heavyweight titles in the process.

Joshua’s performance received criticism in the immediate aftermath, but AJ produced the most technically proficient display of his career – unfortunately, he took on a grandmaster in a chess match.

Apparently, Joshua simply did not attempt to knockout his opponent. Thankfully, it is a simple mistake to rectify in a rematch: if only the 18 other men Usyk fought had thought of that! 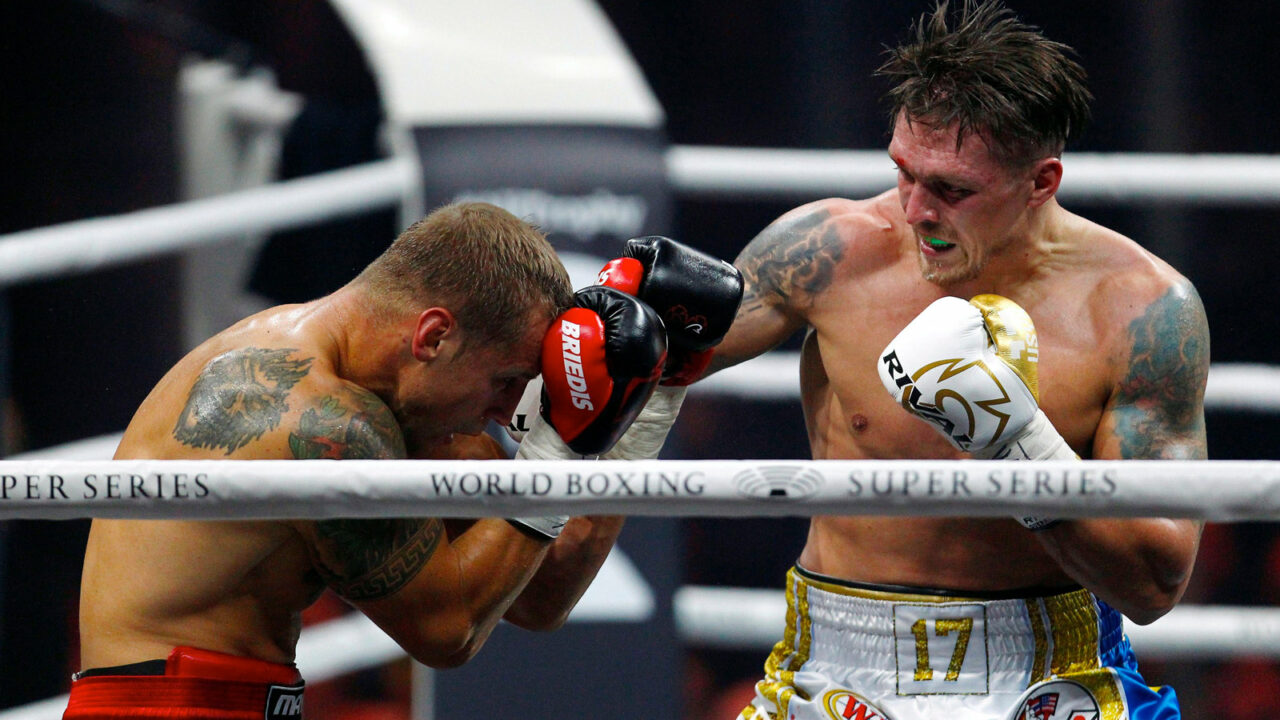 Usyk added the WBC cruiserweight title to the WBO version which was already in his possession with a hard-fought majority decision victory over Briedis.

The Latvian had yet to taste defeat, had home advantage, was not overawed by his illustrious opponent and was confident of pulling off the upset. Briedis came closer than anyone before or since to defeating the London 2012 Olympic gold medallist.

The fight was one of the best of the year as both men put on a display of highly-skilled violence. On the night, Briedis was great, but Usyk was slightly better.

Briedis went on to establish himself as the ruler of the post-Usyk cruiserweight division by winning the second World Boxing Super Series competition staged at 200lbs. Briedis was the consensus number one in the weight class until he suffered a shock defeat to Jai Opetai in July 2022. 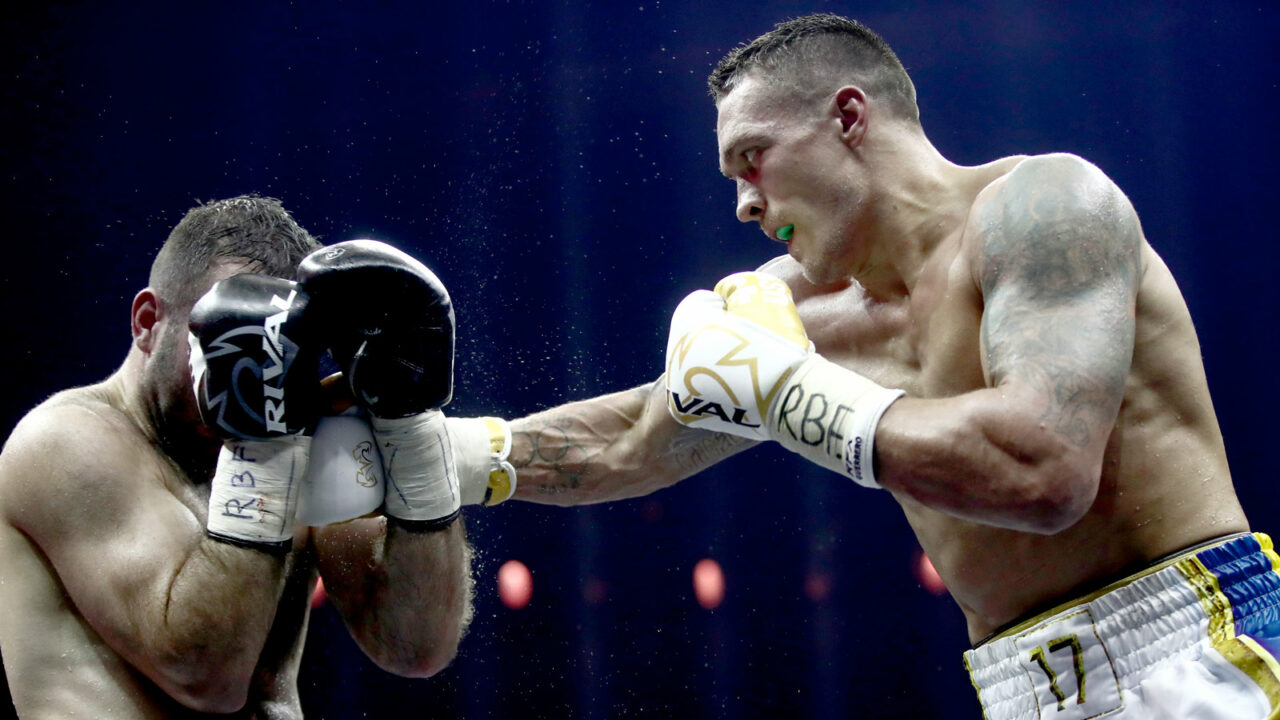 Four years after Russia invaded and subsequently annexed the Crimea Peninsula from Ukraine, Usyk went in to enemy territory to face the unbeaten Murat Gassiev, in the final of the World Boxing Super Series.

Gassiev had reached that stage of the competition in devastating fashion, despatching of Krzysztof Wlodarczyk and Yuniel Dorticos with consummate ease. By the time the first bell rang, the bookmakers struggled to split the pair. Many believed the Russian’s iron chin, heavy hands and pressure would be Usyk’s kryptonite.

Despite a hostile crowd and a 200lbs terminator attempting to render him unconscious, the southpaw was unfazed.

The word “masterclass” is bandied about far too liberally, but there is no other way to describe Usyk’s performance as he left his opponent befuddled and bemused.

His display was so comprehensive that there was no way the judges could deny the Ukrainian victory. The win earned Usyk the distinction of becoming the fourth undisputed champion in the four-belt era. 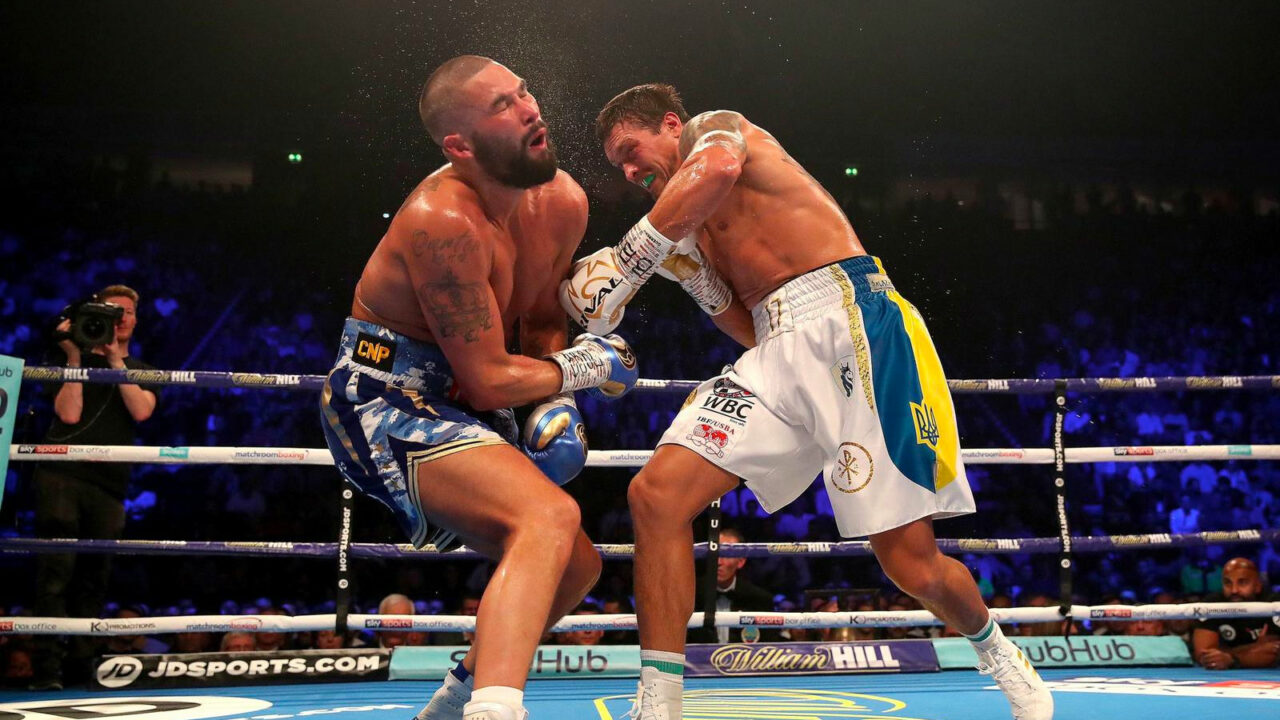 Four months on from establishing himself as the best cruiserweight in the world by winning the World Boxing Super Series and unifying all four alphabet titles, Usyk defended his straps against Tony Bellew.

‘Bomber’ had been in the form of his life having gone undefeated in 10 fights which saw him beat Ilunga Makabu to capture the WBC 200lbs belt before moving to heavyweight to upset David Haye, twice.

Bellew used his ‘Emeritus champion’ status to engineer a showdown against the Ukrainian in search of one last moment of glory. That dream would soon become a nightmare.

The Englishman had success early, but was made to work hard in every round. Bellew was winning the battle, but losing the war.

The away fighter applied constant educated pressure; utilising footwork and feints. Usyk’s tactics paid dividends in the eighth round when a left cross sent Bellew to the canvas, ending the career of the ‘Bomber’. 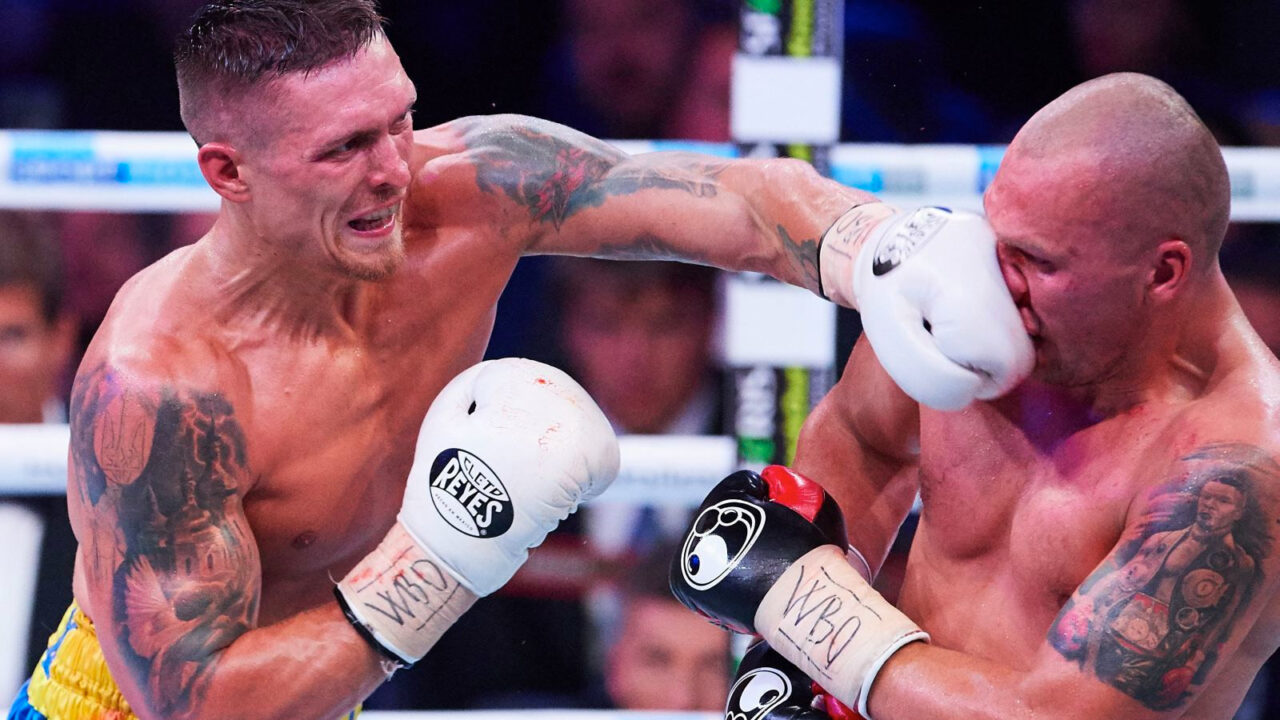 In his nine-fight career prior to this bout, Usyk had not put a foot wrong; stopping each opponent within the scheduled distance.

However, Glowacki represented a significant step up in class and there were questions surrounding the former elite amateur: would Usyk be able to maintain his work rate over 12 rounds? How would he cope with the pressure and power presented by the Pole?

WBO cruiserweight champion, Glowacki entered the bout on the back of victories over Steve Cunningham and Marco Huck. Yes, both former champions were in decline, but the wins were impressive nonetheless.

Despite the gulf in experience, Usyk passed the test with flying colours announcing the arrival of a new force at 200lbs.

Eddie Hearn On Fury Vs Joshua: ‘As Far As We’re Concerned The Fight’s Off’

Canelo Reveals ‘Most Spectacular’ Knockout Of His Career