As Oleksandr Usyk’s rematch with Anthony Joshua approaches, the Ukrainian’s longtime cut-man and hand-wrapper, the Boxing Social columnist Russ Anber, looks ahead to the fight.

I got to Saudi Arabia late on Sunday night and I’m looking forward to seeing my old friend Oleksandr Usyk at the media workout on Tuesday as the fight week events intensify in the lead-up to his world heavyweight title rematch against Anthony Joshua on Saturday, for which I will be in his corner as usual.

However, I’m not just here in Saudi to work with Usyk, I’m also here to be in Callum Smith’s corner for his WBC light-heavyweight title eliminator with Mathieu Bauderlique. Callum is very keen to meet the current champion Artur Beterbiev – if that fight comes off I’ll be in a terrible position because I also work with Artur!

That problem to one side, it’s always a pleasure to work with Callum. Bauderlique is a tough guy – tougher than many people give him credit for – and Callum will definitely have to be wary of his power. He can’t afford to take any undue risks, of course, but I think ultimately Callum’s overall game will be too much for Bauderlique. I expect Callum to put on a great winning performance.

Usyk vs Joshua is the big one, of course. I don’t see this fight being a replay of the first fight at all. Last time Joshua was the favourite and we all know what happened – this time Usyk is the favourite but the odds-makers can get it wrong, and this is definitely a dangerous fight for Usyk. It’s a whole new fight and that’s how both men will – I’m sure – be approaching it.

After the first fight a lot of people came forward and gave their views about how AJ should have fought and a lot of those people think he can win this week if he adopts a different strategy. That’s the gamble that AJ will have to take. I believe we will see a more physical and aggressive Anthony Joshua, although I don’t think he will be reckless.

Therefore this could be a very different fight to the first one. I think AJ will be very mentally strong and very determined to put up a better performance to last time.

As for Usyk, I think he will do what he prepared to do last time but didn’t have to do! He’s prepared and he’s mentally ready. He knows the challenge he faces and he will be ready for the challenge of fighting a bigger, more physical man.

People often under-estimate Usyk and whatever tactics AJ tries to employ I think he may well discover it’s a case of easier said than done. The more AJ tries to impose himself the more vulnerable he could become which could be crucial.

There’s been a lot of talk about whether Usyk will come in bigger and heavier for this fight. I don’t know yet if that’s the case, but what I do know is that he will come in at the weight that he feels he will fight best at and is comfortable at. He won’t be carrying any excess or unnecessary weight.

One aspect of this fight that is frustrating is the distraction, if you like, that we don’t know for sure what the status of Tyson Fury and the WBC belt is. We’re told that Fury had a lovely meeting with Mauricio Sulaiman and announced his retirement. If that’s the case, I see no reason why this fight shouldn’t be for the WBC title as well. Every few days there seems to be noise coming from Fury – ‘I’m retired, I’m not retired, I’ll fight for free, I’ll fight for half a billion…’

All that noise seems – to me – to be calculated to divert attention from two guys who are very much not retired and are getting ready to fight on Saturday. If Fury wants to fight the winner he should say so, and if he doesn’t want to fight then he should give up the belt and let them fight for it. It’s as simple as that.

I notice, by the way, that the WBC have said that Fury has until August 26 to make a final decision – six days after this fight. How convenient is that?! 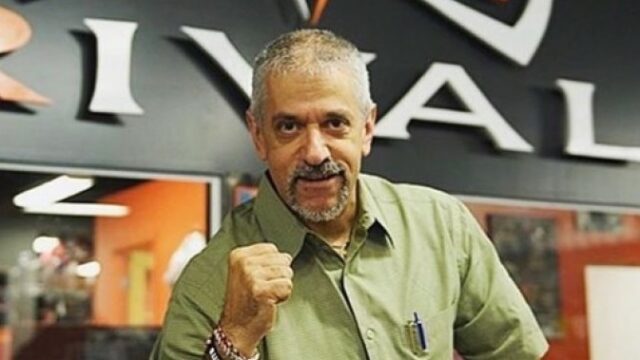 Russ Anber is the founder/CEO of Rival Boxing, as well as a highly respected trainer (of both pros and amateurs), a gym owner, a cut-man, an entrepreneur, a broadcaster and one of the best hand wrappers in the boxing business. Vasiliy Lomachenko, Oleksandr Usyk, Artur Beterbiev, Callum Smith and Michael Conlan are among the many top boxers Russ currently works with.