Reports have emerged that Conor Benn’s 270 page document to the WBC claim test contamination as the explanation for his positive test results.

According to The Sun, Benn’s team believe contamination by VADA to be the cause for returning two failed tests last year ahead of his fight with Chris Eubank Jr.

“He has sent the Mexican sanctioning body a 270-page document SunSport understands will explain the contamination of his sample by the Voluntary Anti-Doping Agency as the cause.”

Benn went some way to confirming this by sharing a story on his official Instagram account that contained the quotes from The Sun article. 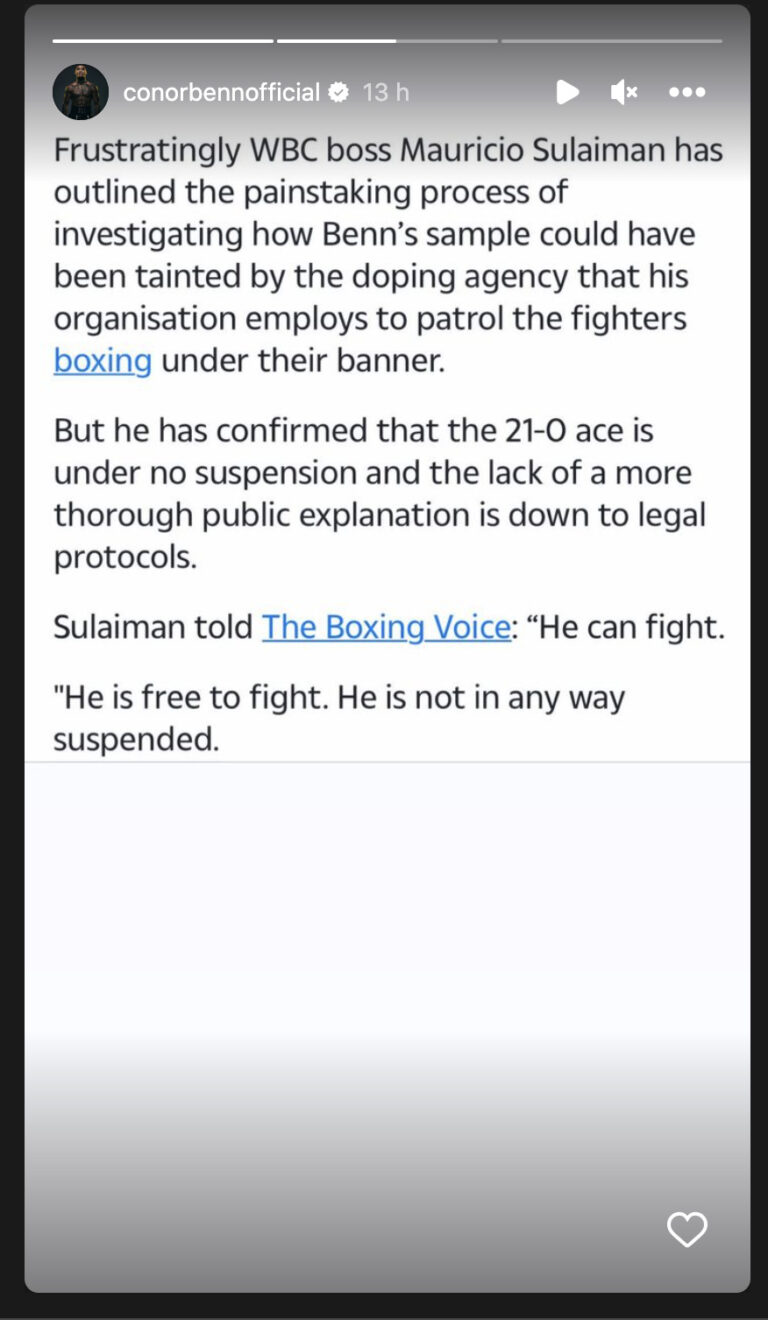 WBC President Mauricio Sulaiman, has stated he can’t respond on the speculation due to legal implications, he did however reveal to The Boxing Voice that Benn is currently free to fight.

“The WBC is going through the process. We received a document from his team of 270 pages and within that document, there are many matters that need further investigation and action.

“This is not a matter that can be simply resolved with sympathy or saying ‘X, Y and Z’. We have to go into the facts because there are legal implications.”

“We will have to take all the time necessary.”

It appears that ‘The Destroyer’ could be back in a boxing ring in the not too distant future, with promoter Eddie Hearn telling of imminent plans to “make a move” on his career in a recent interview.

Benn’s future has been up in the air since news broke of the adverse findings in his VADA tests, and he currently does not hold a British Boxing Board of Control license after making the decision not to renew it in the aftermath of the drugs scandal.

Benn has been clear that he expects to return to the ring soon and is targeting a big name for his comeback.

Joe Joyce vs Zhilei Zhang Official For April 15 In London

Kell Brook Breaks Silence After Video Leak: ‘I Messed Up’