The judges’ scorecards for Anthony Joshua’s defeat to Oleksandr Usyk have been revealed – and boxing fans are furious.

Usyk deservedly won Saturday’s money-spinning rematch on the judges’ scorecards, outpointing the Brit at the Jeddah Superdome in Saudi Arabia.

But it was a split decision and that massively surprised the majority of those watching.

While two of the judges gave the Ukrainian southpaw the verdict by margins of 115-113 and 116-112, judge Glenn Feldman somehow scored the contest in favour of the 32-year-old by two points, handing in a scorecard of 113-115.

Joshua had quite clearly given away the early rounds of the fight to the Ukrainian southpaw as he bid to win back the WBA Super, IBF, IBO and WBO world heavyweight titles Usyk relieved him of last September at the Tottenham Hotspur Stadium.

Feldman, however, inexplicably awarded the first three rounds of the contest to ‘AJ’, who had his new head coach Robert Garcia in the corner with him for the first time after splitting with long-time mentor Robert McCracken in the aftermath of the first defeat to Usyk 11 months ago. 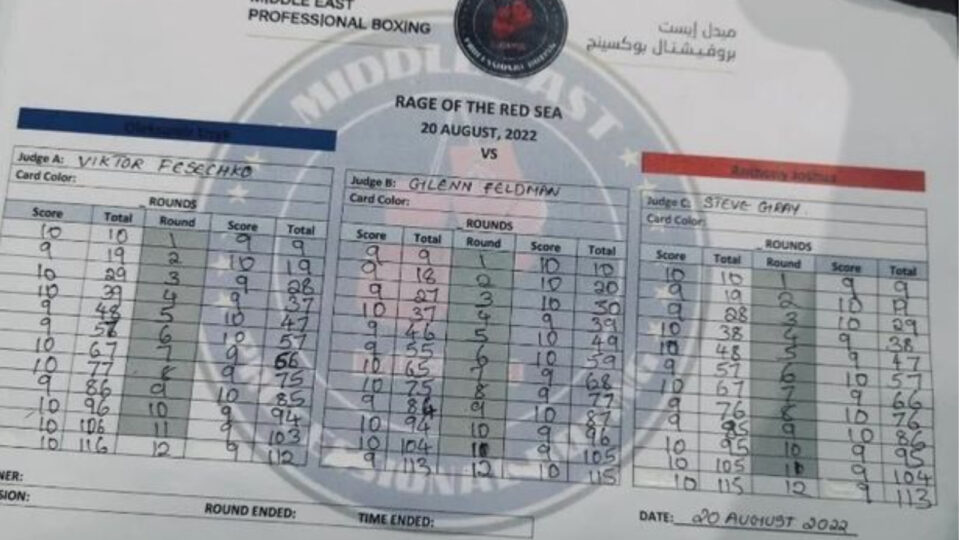 Feldman continued in the same vain as the fight wore on, with Joshua 5-1 ahead on his scorecard at the midway point. He gave Usyk four of the next five rounds before handing the 12th to Joshua in another bizarre decision.

It had seemed to the majority that the former undisputed cruiserweight champion Usyk – who cleaned up the 200-pound division before moving up to heavyweight back in 2019 – stepped on the gas in the final quarter of the fight as Joshua had plenty of success in round nine.

After the win, which Usyk dedicated to his war-torn country, he made a play to target a showdown with Tyson Fury.

Fury, the WBC champion who holds the only piece of real estate in the heavyweight division not belonging to Usyk after he picked up the vacant Ring Magazine belt with the victory over Joshua, was quick to respond to the challenge, stating that he would take on the ‘Ukrainian dosser’ and relieve him of the belts.

Bob Arum, the Top Rank CEO who looks after ‘The Gypsy King’s’ Stateside affairs, has revealed that discussions are already underway for the fight between Fury and Usyk to take place before the end of the year, potentially back in the Middle East on December 17, with the Saudi Arabia Minister of Sport stating recently that they would be open to staging an outdoor event in Riyadh.